Generally naive about their world, children are thought to be nearly incapable of serious wrongdoing and are rarely suspects in violent crimes. Yet, from the 1960s to the mid-90s, the U.S. saw several waves of juvenile murders that caused widespread public concern. The phenomenon created longstanding debates about the sources or causes of a child killer’s mindset. Some blame external triggers like video games, rock music or pornography, while others argue the causes are deeper issues, such as an underdeveloped brain experiencing abuse and neglect.

The quest to uncover the causes of these crimes is ongoing, and how the American justice system should handle these young killers remains a controversy. This book assesses ten murder cases in modern American criminal history, examining the minds of the children who perpetrated them. Chapters compile decades of research on the psychology of child murderers in hopes of creating a more coherent understanding of why kids kill.

Ellie Hayes is a Canadian author who has always had a passion for psychology, criminology and writing. 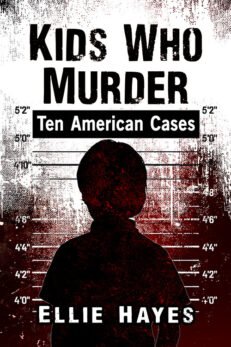