South Florida in the 1970s was one of the nation’s most dangerous locations. Behind the image of sun and surf, young women were the victims of a brutal killer. In the mid-1970s, over a dozen young women were murdered and found in canals. These cases became known as the Flat Tire Murders and the Canal Murders. Only one case was ever solved. More than four decades have passed since these crimes, and no arrests were ever made. This is the first book to explore these murders in depth, as well as a bizarre series of murders occurring in the years earlier, known as the Gold Sock Stranglings. Interviews with the detectives that originally worked to solve these cases provide an intimate view of the attempt to capture the killer that terrorized South Florida. In addition to the cases themselves, the book explores several suspects, including the infamous serial killer Ted Bundy. Detailed maps of South Florida illustrate the complex canal system that became the victims’ graveyard.

Michael P. Burns is an attorney living and working in San Jose, California. 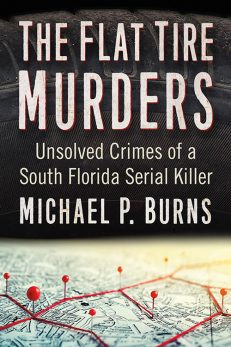