While on honeymoon in Vienna in June of 1998, at the height of the tourist season, Gerald Daniel Blanchard, an accomplished thief, happened upon the greatest challenge of his life when he spotted the last remaining “Sisi Star” on display in Schönbrunn Palace. Named after its former owner, the Empress Elisabeth, the ten-pointed diamond and pearl star was originally one of 27 that the enigmatic Sisi wore in her extravagantly long hair. Despite the multi-layered security system protecting the priceless jewel, Blanchard decided then and there to steal it.

The star remained missing for nine years until a team of Canadian police investigators launched a joint task force to bring down a criminal organization that had robbed banks, stores and ordinary citizens on several continents. When their chief suspect offered to reveal the whereabouts of the Sisi Star, the investigators realized they were dealing with no ordinary thief. But no one involved in the case fully understood the history of the star, its ties to obsession, suicide and assassination.

Jennifer Bowers Bahney holds degrees in history and journalism.  She has written and produced for local news as well as international news (for CNN). She lives near Columbus, Ohio. 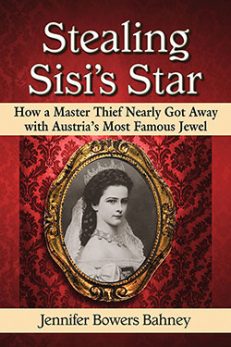