A Life for a Life

The American Debate Over the Death Penalty

Providing a new look at the intense public debate surrounding the death penalty in the United States, this book explores the various trends in public opinion that influence crime prevention efforts, create public policy, and reform criminal law. It examines eight core issues about the use of execution: cruel and unusual punishment, discrimination, deterrence, due process, culpability, scripture, innocence, and justice. It provides a brief history of capital punishment in the United States from the earliest known execution at the Jamestown Colony in 1608 to executions occurring as recently as 2008. Additional topics include the regionalization of capital punishment sentences, the spiritual and scriptural debate over the death penalty, the role of DNA evidence in modern execution sentences, and the ongoing effects of Furman v. Georgia, McClesky v. Kemp, Baze v. Rees, and other related court rulings.

Psychologist Michael Dow Burkhead has worked in varying capacities with criminal offenders for 25 years. He is the author of a number of articles regarding the treatment of mentally ill prisoners and the death penalty. He lives in Asheville, North Carolina.

The Regionalization of Execution      6

Opposition to the Death Penalty      8

2. The Question of Cruel and Unusual Punishment


3. The Question of Discrimination


4. The Question of Due Process

5. The Question of Deterrence


6. The Question of Culpability

7. The Question of Scripture


8. The Question of Innocence


9. The Question of Justice

• “I recommend [this book] to anyone who is interested in learning about the formation of death penalty governance in our country, the social-political forces that have shaped past and present debates, and the manner by which empirical evidence is used to sway one’s argument”—Metapsychology 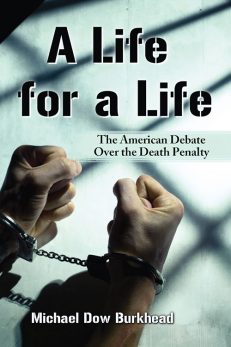