A Memoir of Survival and Justice

As a new attorney, Pamela Braswell was confident her career was about to skyrocket. Instead, she narrowly escaped death at the hands of a serial rapist and killer—his only surviving victim. Twenty years later, the moratorium on executions in California that put his execution on hold ended, but the governor announced he wouldn’t enforce the death penalty. Braswell’s firsthand true crime narrative gives a victim’s perspective of the harrowing investigation, the revelations in the press, the grand jury indictment and capital murder trial. Through it all, her refusal to be a victim transforms her view of the world—and its heroes.

Pamela Braswell worked as a flight attendant, insurance professional, and actor before graduating from law school and obtaining licenses in Georgia and California. She lives in Delano, Tennessee. 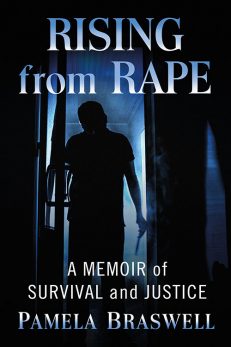